How To Play Texas Hold’em Poker

The objective of each Texas Hold’em hand is to win the pot, which can be done in two ways. You can force all your opponents to fold based on your betting activity, or you can have the best possible five card hand at showdown. You can make your hand using any combination of the two-hole cards you are dealt and the five community cards that are dealt for all players to use. 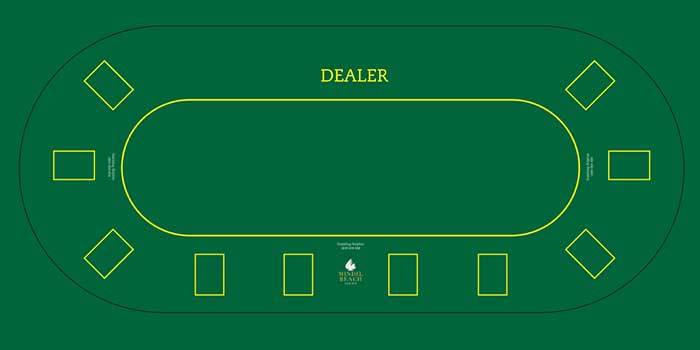 Suit - The trait that identifies a card as belonging to one of four groups: spades, clubs, hearts, or diamonds

Prior to the start of the game: The first two players after the dealer button must place a small and big blind.

Pre-flop: Betting starts with the first person after the big blind and will continue in order until all players have called, folded, or gone all in to match the highest outstanding wager.

Flop, Turn and River: Betting starts with the first person after the dealer button and will continue until all players have called, folded, or gone all in to match the highest outstanding wager.

Four of a Kind - This hand contains 4 cards of equal value, and any other unmatched card

Flush - A hand with all 5 cards in the same suit, not in sequence

Three of a Kind - This hand contains 3 cards of equal value, and 2 unmatched cards

One Pair - This hand contains 2 cards of equal value, and 3 unmatched cards

High Card - Contains 5 unmatched cards, if no-one has any other hands, the player with the highest card wins

Mindil Beach Casino Resort has a set of House Rules in place. Please talk to one of our Table Games Hosts for any additional information.